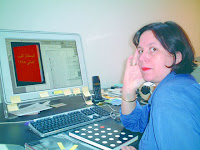 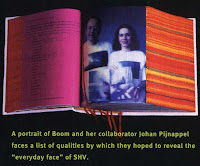 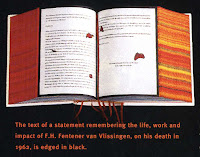 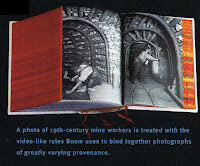 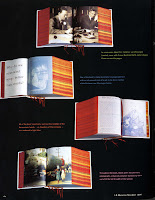 Amsterdam Designer, opened her studio in 1991. She is known for her creative reinterpretation of book form, in which aesthetic value is more important than legibility. To understand her work you have to hold it, feel it, flip through the pages to experience the sequence. She insists on shaping the content rather than servicing the clients’ needs.

“He hated it. He told me that it was more my book than his book. And I said, ‘That’s fine. I don’t care. That’s the way it goes.’ I’m not a servant.” About the Otto Truemann book

She did however collaborate with Renee Green to record her exhibition at De Appel Foundation in Amsterdam. This is an example where she had to let go of some of her ideas because her client was also an artist and wanted to have some control.

About Dutch culture: "In the Netherlands, the graphic designer is a well-respected professional; we are used to being given a lot of freedom…culture gets subsidies.”

Irma was part of the First Things First Manifesto in 2000, which was about taking design beyond commercial work and taking responsibility for your work’s impact on culture.

In an interview for Dwell magazine in 2006 Boom said, “I always say, when I’m asked whether the internet means the end of the book, that it really means the beginning of the new book. More books are produced now than ever before, but people use them in a different way. After all, you can read plenty of information on the internet now. Print, however, still looks like the truth.”

Commissioned by Dutch company SHV to create book about its 100 year history. Printed on 100% cotton pages, only 4,000 copies for private distribution, and 500 translated into Chinese. They have controlled the pace of its distribution, with only a few books distributed every year. It needs 500 years to spread to all the places in the world. Weighs about 8 pounds and has 2,136 pages. Had total creative freedom, no budget, and five years to work on it. At times worked 24 hours a day. Boom worked with art historian Johan Pijnappel. Chairman Paul Fentener van Vlissingen chose them because he was so happy with the book they made for his 50th birthday. He told them he wanted an unusual book. Boom says that when they would meet to discuss the progress, they would only talk about ideas and concepts, never the format or design. In an interview for Abitare Boom said, “In my books it doesn’t even matter if you change details. It’s more the total thing that is interesting." She said the book is a specific view on the history of the company. They wanted it to be inspirational and tell the family story.

SHV: family owned business, sells gas and is a chain of wholesale centers, headquarters in Utrecht. Boom moved her office out there and had complete access to all their files. However, there was no organized archive so they spent 3.5 years sorting through the records and researching in different cities. The book, like other books by Boom is organized in reverse chronological order, beginning in 1996 and ending in 1896. Boom tries to convey the human factor as a method for storytelling by using “Reports, speeches, interviews, letters, memos, poems, advertising and photographs of family members, company occasions, employees and facilities and historical events.” The information is not exclusive; Boom made it a point to show the company’s successes and failures. Structure of the book: no headings, large questions scattered throughout, alternates text and image. There are no page numbers and no index. Boom wanted the book to be a voyage, “you find things you don’t want to find, and discoveries happen by coincidence.” Boom has said that you navigate it more like a website than a traditional book, but also that it works like the memory does- the more recent stuff is in the front and is more complex and detailed; then as you get further in time it is more filtered and simple. Boom, “I’m really fond of video images, I put lines in the image to give it a feeling of 1996 and the future.” Typical to Irma’s design is a unique treatment of the edge of the pages. In this book, from one view the colors read as tulips and from the other way you can read a poem by Gerrit Achterberg. In the watermark, “Motivate, Keep things simple, Listen, Learn and React.” The title is hidden: the letters of the word Thinkbook are scattered randomly throughout the book. Her work leaves room for interpretation.

I have an Irma boom shv think book for sale, guaranteed authentic, $5,500.